Take a seed and break it open. There is no plant inside the seed. Similarly, if you break open an egg, there is no chick inside. But the seed when sown in soil and watered, gives a plant which may grow into a tree. Similarly, the egg, when incubated, gives a chick. have you ever thought how this is possible? 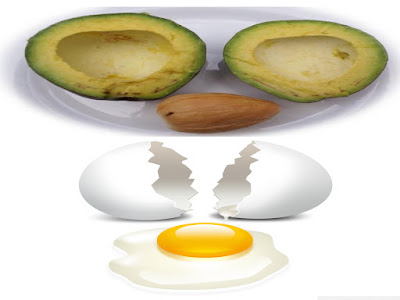 Plants or animals make their beginning from a single called zygote. This single cell divides and produces two cells.. they divide again and produce fur cells, the four cells give rise to eight cells-these cells divided several thousands of times to produce a plant or animal which has several thousands of cells. This process is called development and occurs by cell division. You already learnt that cells are frome from pre-existing cells. 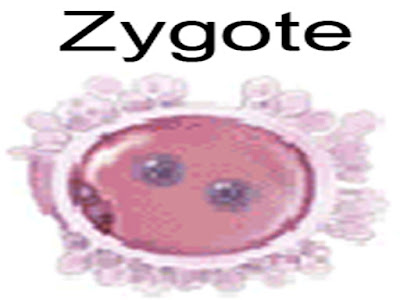 The cells produced from the egg or zygote are of two types. Vegetables or somatic cells and reproductive or germ cells. Various organs in the body are derived from these two cell types. 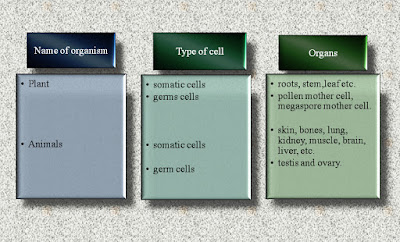 As you can see, the germ cell give rise to organs involved in the production of male and female gametes while the somatic cells give rise to almost all the organs except those producing male and female gametes. These cells that divide are called parental or mother cells and the resulting cells i.e the products of cell division are called daughter cells. 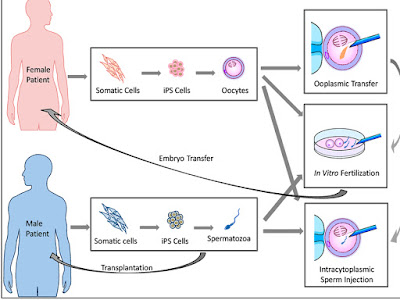 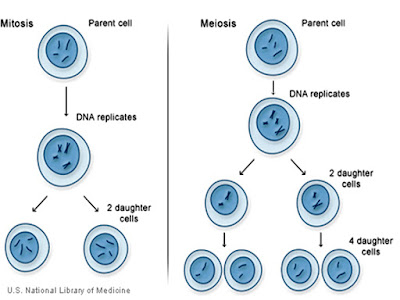 In mitosis, daughter cells have exactly the same number of chromosomes as the parental cell.. 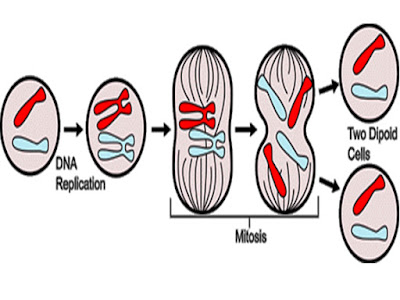 In meiotic division, daughter cells have exactly half the number of chromosomes of the parental cell cells. 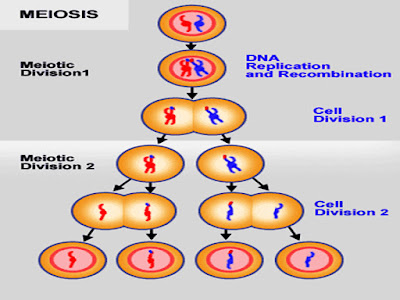 Details about mitosis and meiosis and how they occur are given in the next two videos.

Posted by AKUNURI NANDITHA at 9:16:00 PM
Email ThisBlogThis!Share to TwitterShare to FacebookShare to Pinterest