Children you have studied the general structure of Eukaryotic cells. Though all the eukaryotic cells have the same basic structure. There are some fundamental differences between animal andplant cells. These are shown in the Table. 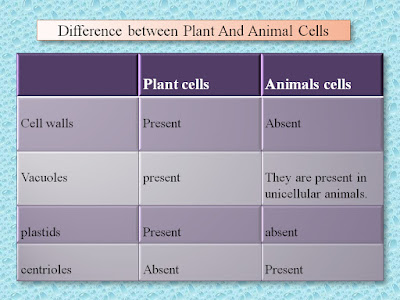 Cell wall is present outside the plasma membrane of bacteria, algae, fungi and all higher plants. But, its structure and chemical composition is different in different groups. Carbohydrates are the major components of the cell wall. The type of carbohydrate present in the cell wall of each of these groups in different. 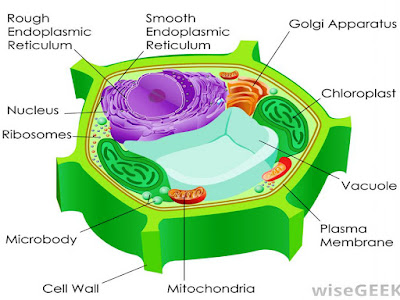 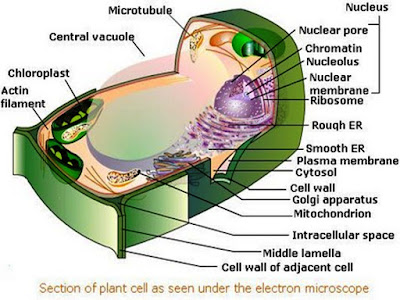 Cell wall gives mechanical strength to the cell. Without the cell walls, plants cannot support their long and tall body. Moreover, when the plants are watered, cells absorb water and swell. It the cell wall is not present, the swollen cell will burst and die. As the cell wall is tough and hard, it prevents excess swelling of the cell. As a result, the cell becomes slightly stretched and turgid. 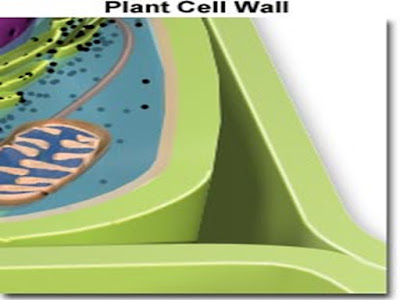 When there is no water, the cell shrinks and no pressure is exerted on the cell wall. The plant looses the stiffness and droops. This is called wilting.
Adjacent cells in a plant are connected through long tube like structures called plasmodesmata. These tubes penetrate through the cell walls. 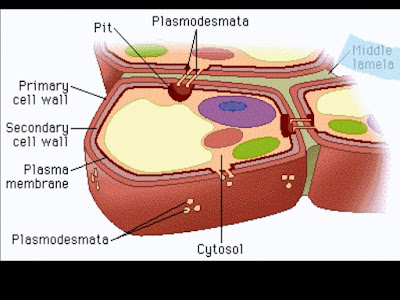 Vacuoles:
Vacuoles are fluid filled bag like structures surrounded by a membrane. These are present in the cytoplasm of plant cells. In a newly formed plant cell, the vacuoles are small. As the cell becomes old, these vacuoles fuse to form a single large vacuole that fills the entire volume of the cell. 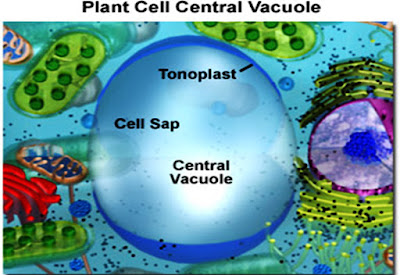 In such cells, cytoplasm is in the form of a thin rim around vacuole and the nucleus is pushed to one side. The membrane surrounding the vacuoles is called Tonoplast and it allows only certain substances to pass through. The fluid in the vacuoles is called vacuolar sap and contains a variety of substances such as carbohydrates, amino acids, proteins, pigments and waste material. 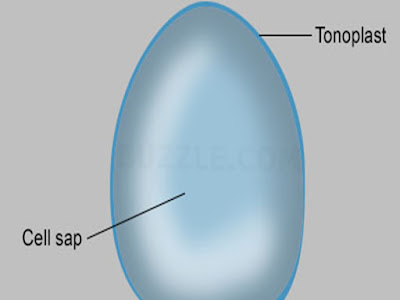 Plastids:
Plastids are the organelles which are responsible for the colour of the plant cell. Various colours you observe in plants, especially in flowers and leaves are due to the presence of plastids in the cells of these parts. Depending on their structure, colour and function, plastids are of three types. 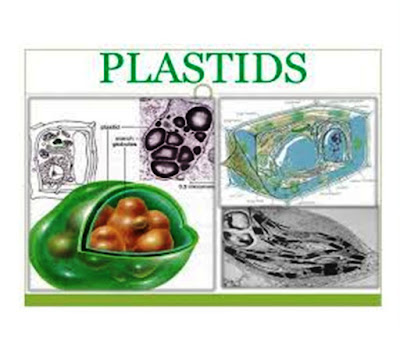 Leucoplast (Leuco=white) :- these are white in colour and are usually seen in plant parts which are not exposed to sun light. They are present in the cells of seeds, tubers, rocs…… and rhizomes. They are of different shapes – oval, rod like, spherical or filamentous. They store food materials. 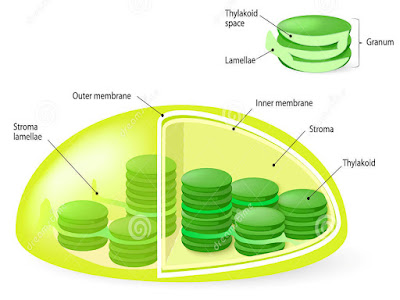 Major function of chloroplasts is to trap solar energy and convert this to chemical bond energy. As you have studied, chlorophyll plays a major role in photosynthesis. 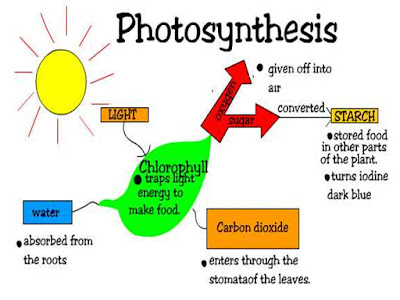 Chromoplast:
These contain fat soluble pigments which may be red, orange or yellow. They are present in fruits and flowers and are responsible for their colours.
All the three plastids have the capacity to change from one to another. For example, young tomatoes are white in colour – as they mature they turn to green and then to red in colour. You might have seen green chillies becoming red and several flowers and fruits changing their colour. 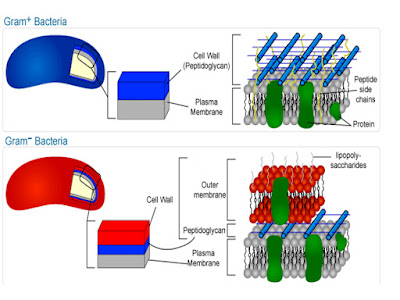 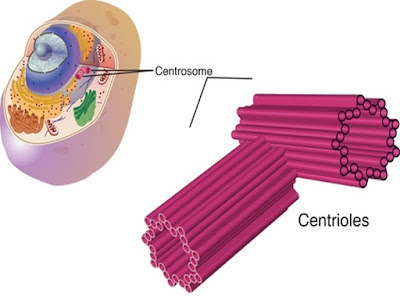 In animal cells, two centrioles are present usually on the top of the nucleus. Together, they are called centrosome. Centrioles are short, stout cylindrical structures and participate in the cell division  you will learn more about them  in next lesson. 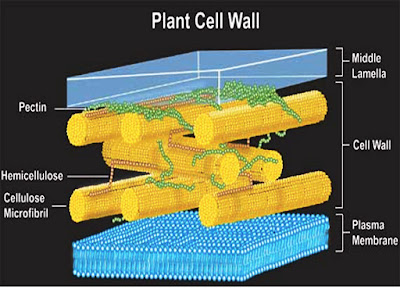 Cell wall is also present in bacteria but is structurally and chemically different from that of plant cell wall.
Cell wall gives mechanical strength to the cell and also helps the cells when they are turgid. Plasodesmata connect adjacent cells.

Vacuoles occupy most of the volume of the cell and are filled with various substances. The membrane surrounding the vacuole is called tonoplast.

Leucoplasts store food materials while chloroplasts help in the preparation of food materials by participating photosysnthesis. chromoplsts give colour to flowers and fruits.

Choloroplasts have chlorophyll which required for photosynthesis . they also have DNA and robisomes inside them. Centrioles participate in cell division.

Posted by AKUNURI NANDITHA at 9:24:00 PM
Email ThisBlogThis!Share to TwitterShare to FacebookShare to Pinterest