You have learnt  that meiosis is the reduction division and occurs in the germ cells that produce gamets. Majot difference between mitosis and meiosis is in the number of chromosomes in daughter cells. 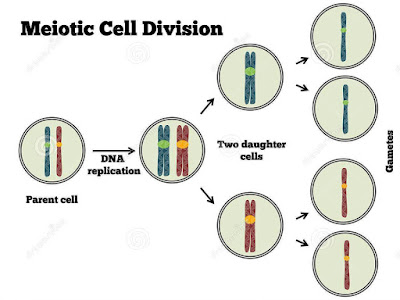 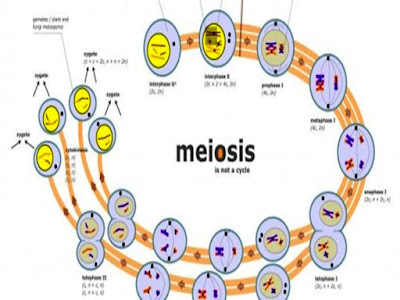 Daughter cells formed by meiotic division lead to the formation of male of female gametes. Each gamete has half the number of chrosomes of mother cell. During fertilization, the gametes fuse to form zygote. 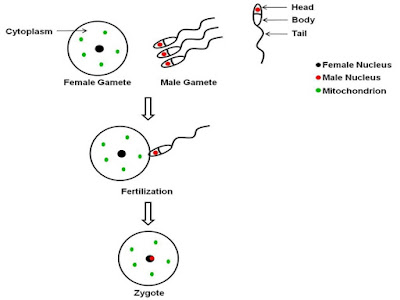 In zygote has two sets of chromosomes – one from the male parent (sperm)  and other from female parent (ovum). Zygote develops into an organism by repeated mitotic divisions. 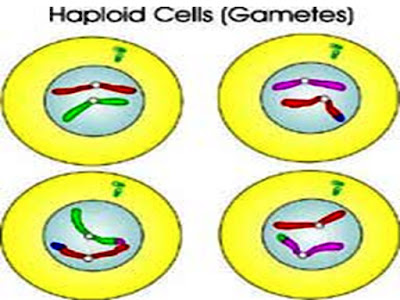 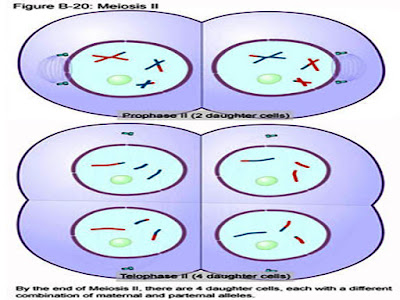 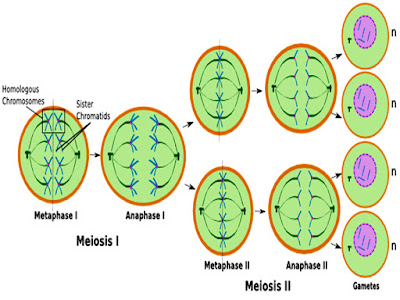 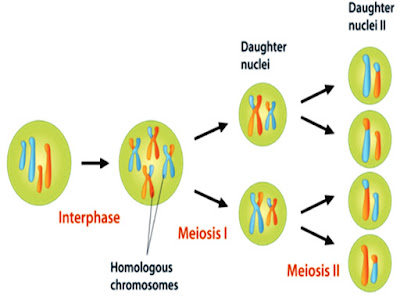 MEIOSIS-II is a simple mitotic division which occurs immediately after meiosis-I. daughter cells of meiosis-I divide into a second generation of daughter cells- there are total four daughter cells each of with only one set chromosomes of four hploid cells are formed at the end of meiosis. 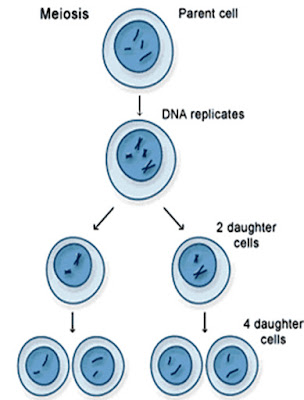 1. Prophase  - number of changes occur in the cell during prophase-I. to und prophase-I is divided into five sub-stages. They are leptotene, zygotene, pacheytene, diplotene,and diakinesis. Chromatin in the nucleus of the mother cell condenses and forms chromosomes. 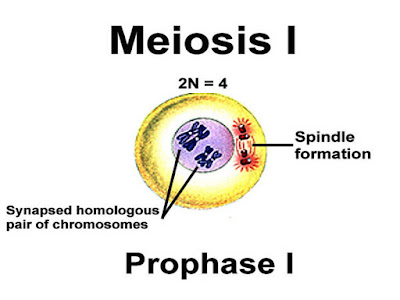 Following this, chromosomes start pairing. Each pair has two identical chromosomes. One chromosome of the pair is derived from the father and the ofther from the mother. In this stage, appear like letter’X’. this is called crossing over the chromosomes move towards the centre of the cell. Centrioles also move to the opposite ends over to the cell and  spindle fibre formation begins. Nucler envelope and nuleous disappear. 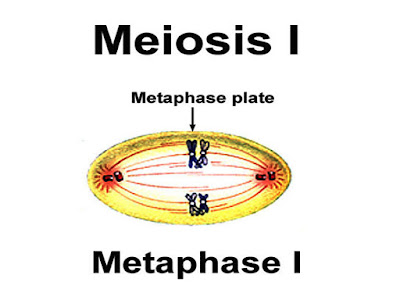 Anaphase-I
Length of spindle fibres is reduced. As a result chromosome are pulled apart. Each chromosomes splits into two sister  chromosomes. Each sister chromosomes has a segment of chromatid derived from mother cell and the father cell. Chromosome move towards opposite end of the cell. 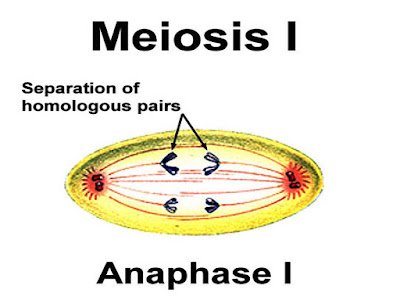 Telophase-I
Chromosomal movement towards opposite poles of the cells completed. Spindle fibres disappear.  Nuclear envelope reappears around chromosomes and the nucleus is also formed again. With these meiosis-I is completed and the diploid parental cells has given rise to daughters cells with haploid
numbers of chromosomes. 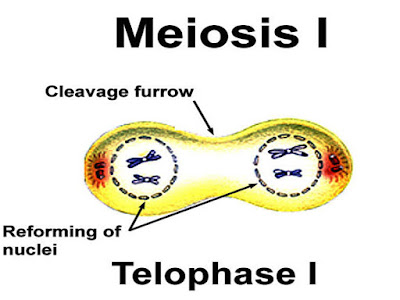 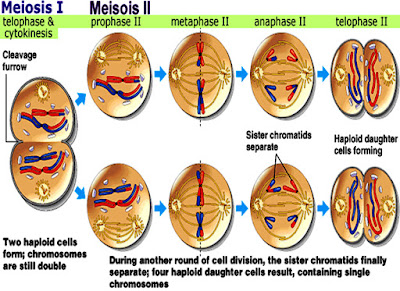 This division is similar to mitotic division.. you may refer the chapter on mitosis for the change in the cell that occur in this division and for the process of cell division.

Prophase-I of meiosis is divided into five sub-stages.

The events in meiosis-II are similar to mitotic division.
Crossing over of chromosomes occur during meiosis.

Posted by AKUNURI NANDITHA at 4:17:00 PM
Email ThisBlogThis!Share to TwitterShare to FacebookShare to Pinterest