Duodenum, pyloric sphincter, liver, gall bladder, pancreas
Duodenum is ‘U’ shaped and connects stomach with ileum. Bile from the live and pancreatic juice from pancreas reach duodenum through separate ducts. 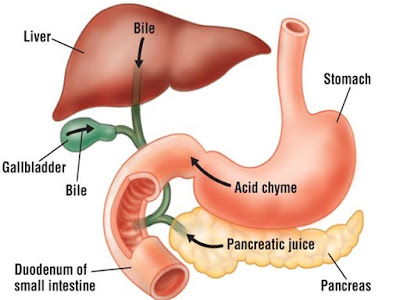 The pyloric sphincter remains closed until digestion of food in the stomach is completed. It opens and allows small amounts of acidic chime to enter into duodenum, so that entire duodenum is not filled with chyme. 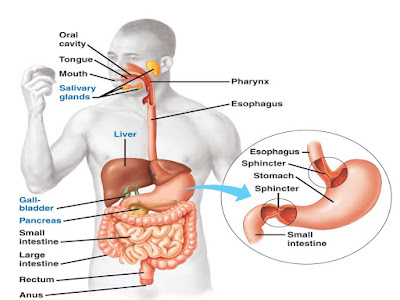 Pyloric sphincter closes immediately after the chyme enters duodenum and this prevents the back flow of chyme into stomach. Opening and closing of pyloric sphincter is involuntary.

Liver:
Liver is present on the right side of duodenum, below the diaphragm. It is brown in color there are four lobes in the liver. Cells present in the liver are called hepatocytes. Liver  produce bile duct through cystic duct. 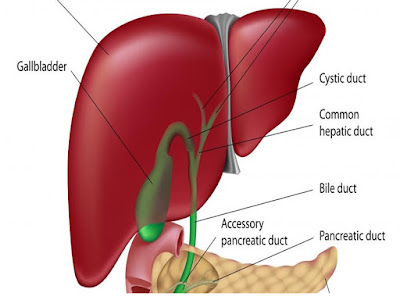 Gall bladder:
Gall baldder is a pear shaped dark coloured sack. Bile is stored temporarily and also concentrated – by the removal of water in the gall- bladder. Bile from the gall-bladder is sent to bile reaches duodenum through a duct called bile duct.

Bile : In human beings bile has a mixed colour of yellow and golden brown. Bile is thick and sticky fluid it has about 86% of water, bile salts and bile pigments. 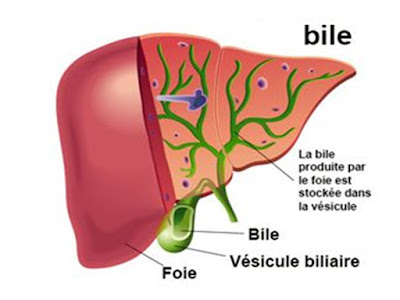 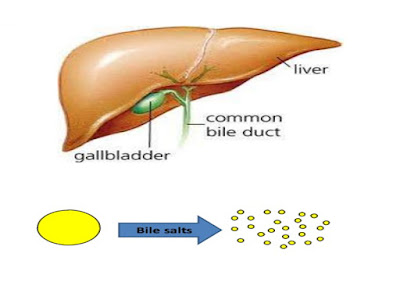 There are no digestive enzymes in bile. But the bile salts change the fats into small microscopic colloidal particles. This is called emulsification. Emulsification of fats helps lipase to act in fats. Emulsification of fats by bile salts is an important step in the digestion of lipids and absorption of fatty acids . When the bile duct is blocked, bile gets mixed with blood and circulates in the body. Because of this, the eyes and skin become yellow. This is called jaundice. 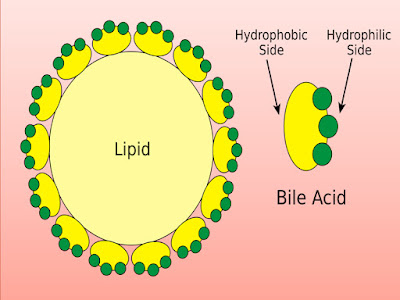 Pancreas :
Pancreas is an yellow grey gland and is present on the left side of duodenum, below the stomach. There are two parts in pancreas. One of them is called exocrine pancreas. Cells of exocrine pancreas open into ducts and secrete a juice called pancreatic juice. 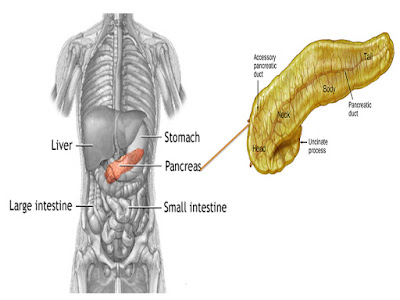 All the small ducts join to form a pancreatic duct which opens into duodenum. Trypsin chymotrypisn, amylase and lipase are important enzymes present in pancreatic juice. Pancreatic juice also has large amounts of bicarbonate which neutralizes the acid present in the chime and makes the chime slightly alkaline. Trypsin and chymotrypisn hydrolyze protein. These two enzymes are produced in their inactive form called trypsinogen and chymotrypsinogen. These are converted into their active forms by another enzyme called enterokinase. 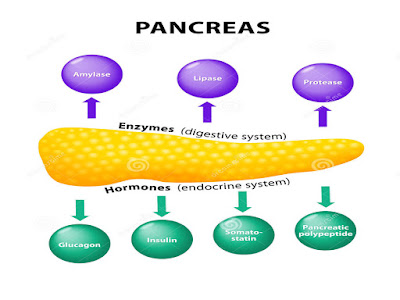 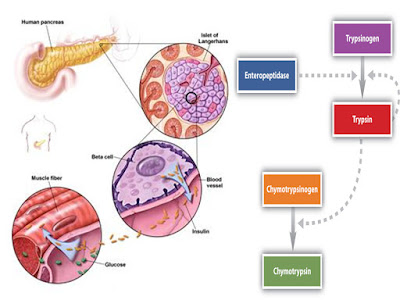 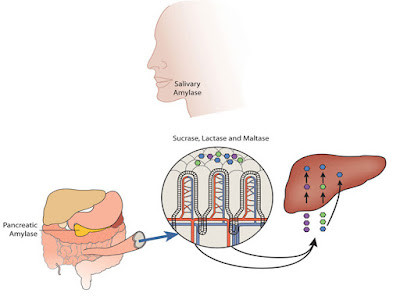 The second part of the pancreas consists of islets of langerhans cells which help in secretion of insulin. This part comes under endrocine system. 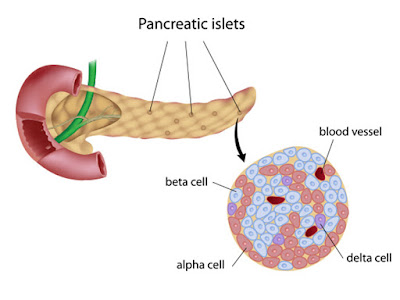 THANKYOU,
NANDITHA AKUNURI
Posted by AKUNURI NANDITHA at 12:30:00 AM
Email ThisBlogThis!Share to TwitterShare to FacebookShare to Pinterest