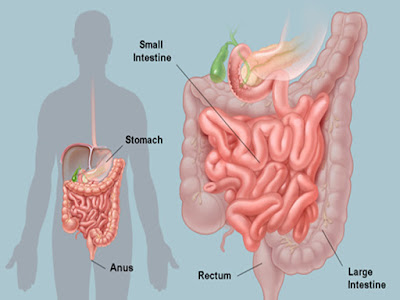 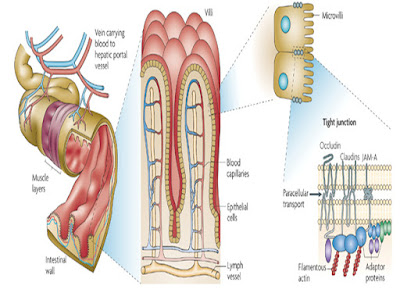 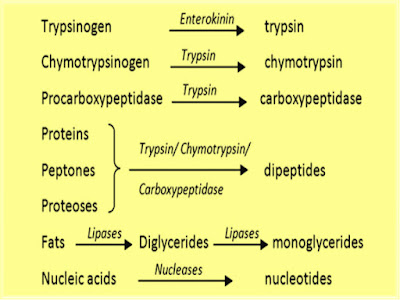 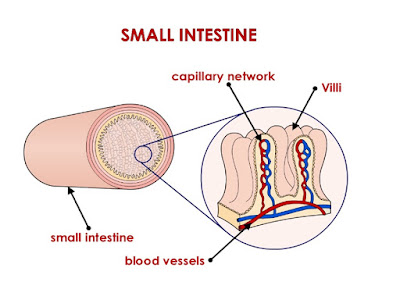 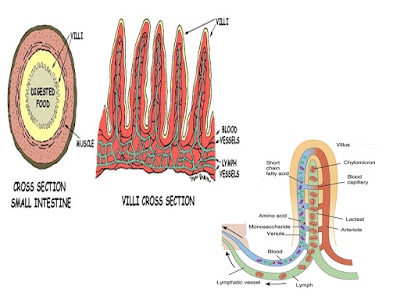 Absorption
Transport of the products of digestion from the intestine into blood is called absorption. Internally, intestinal wall has a number of finger like process called villi. The villi increase the surface area for absorption. Blood vessels are present in the form a network in the villi. Products of digestion are absorbed first into the villi and from there into the blood vessels and lymph vessels. 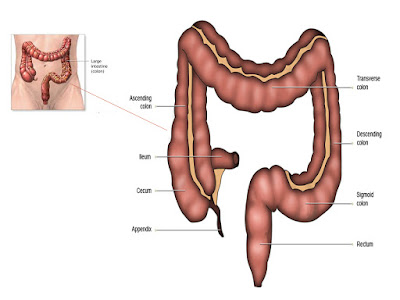 Water and minerals salts present in the chime are absorbed in the colon and soft, solid faeces is formed. Faeces consists of undigested food material, dead material, bile salts and bile pigments. By the peristaltic movements of large intestine, faeces is pushed towards rectum. It is expelled out through the anus. This happens when the sphincter muscles that guard anus expand. This activity is called defecation. 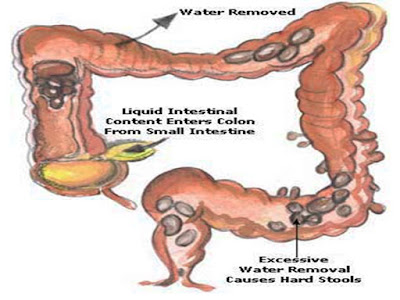 THANKYOU,
NANDITHA AKUNURI
Posted by AKUNURI NANDITHA at 12:43:00 AM
Email ThisBlogThis!Share to TwitterShare to FacebookShare to Pinterest