Heterotrophs cannot synthesise their own nutrients. They depend on other sources for the supply of nutrients including those required for energy production. Most of the bacteria, all fungi and all animals are heterotrophs. 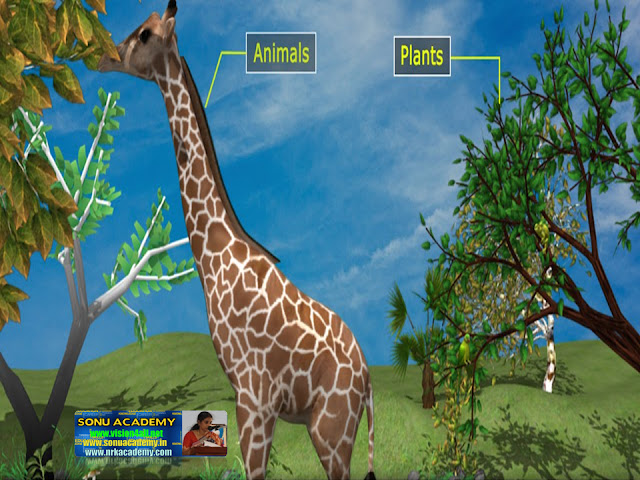 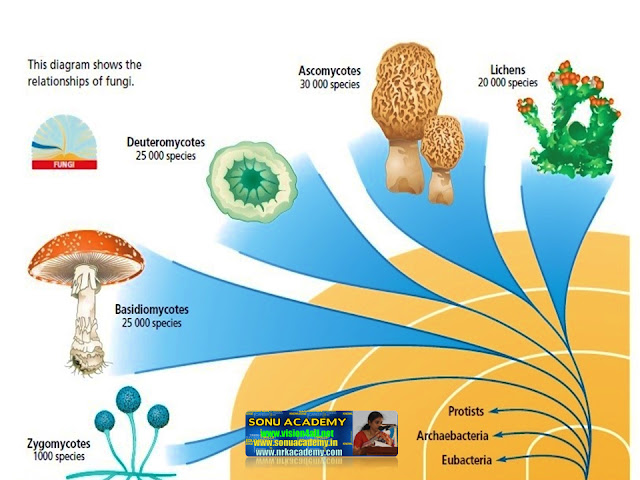 You might have seen packets of mushrooms sold in the vegetable
market. You may have also seen fluffy umbrella-like patches growing on rotting wood during the rainy season. Let us find out what type of nutrients they need to survive and from where they get them. 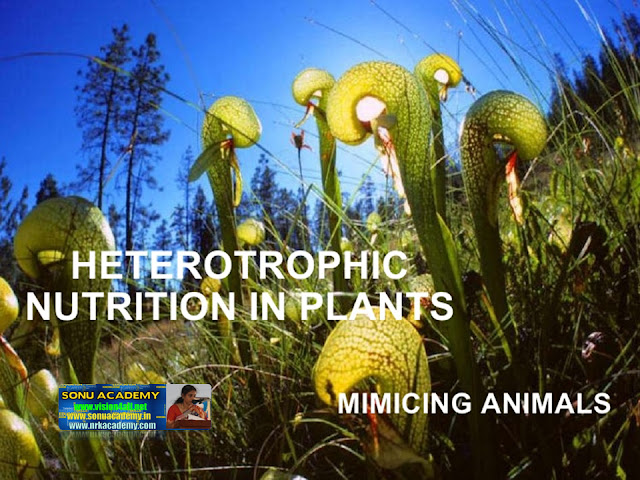 These organisms are called fungi.They have a different mode of nutrition. They secrete digestive juices on the dead and decaying matter and convert it into a solution. Then they absorb the nutrients from it. 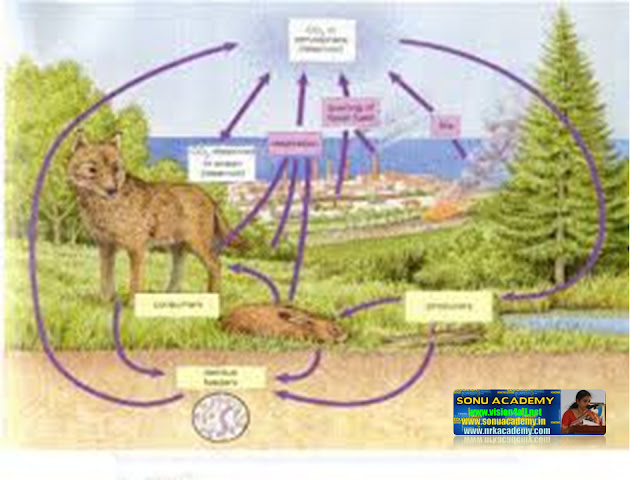 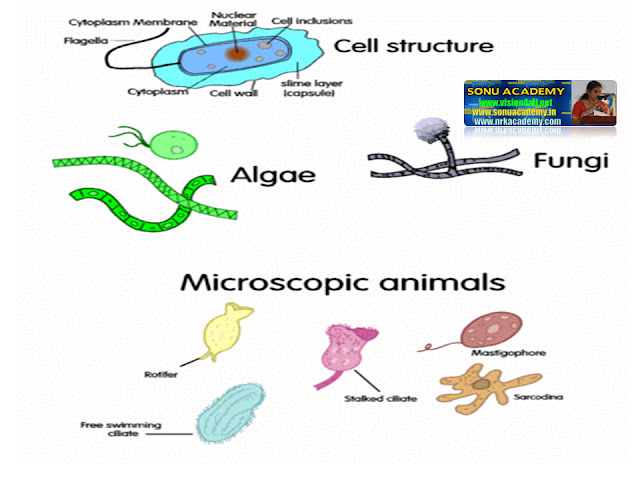 The fungal spores are generally present in the air. When they land on wet and warm things they germinate and grow. Now, can you figure out how we can protect our things from getting spoiled? 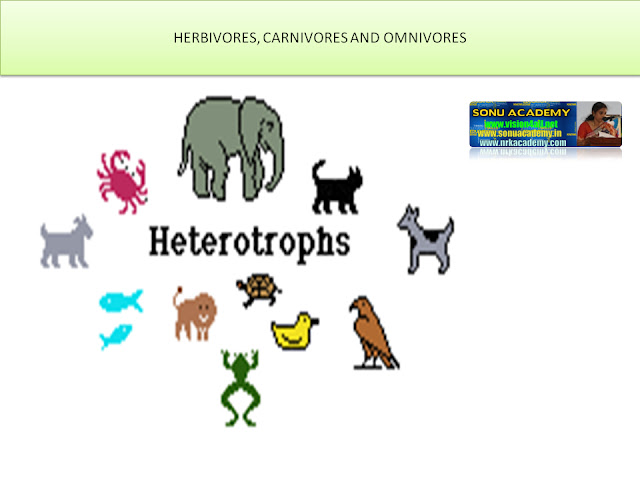 Some organisms live together and share shelter and nutrients. This is called symbiotic relationship. For example, certain fungi live in the roots of trees. The tree provides nutrients to the fungus and, in return, receives help from it to take up water and nutrients from the soil. This association is very important for the tree.

Some of the bacteria and of fungi depend on other
dead organisms to obtain nutrients. Those which live on other organisms, decompose and degrade the complex molecules present in these organisms to simple molecules. 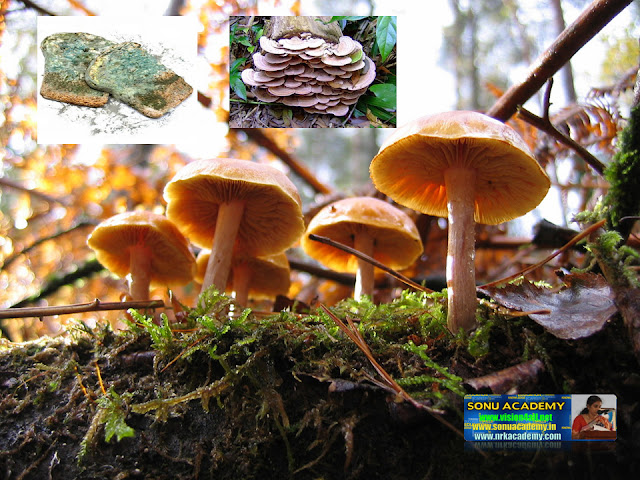 Bacteria and fungi absorb these molecules through their body surface. These are called saprophytes. In this process, they add several valuable nutrients to the medium in which they live(water or soil).

HERBIVORES, CARNIVORES AND
OMNIVORES: All the animals are heterotrophic in their nutrition. They cannot synthesise their own food material. Hence, they consume other organisms such as plants, animals and microorganisms. 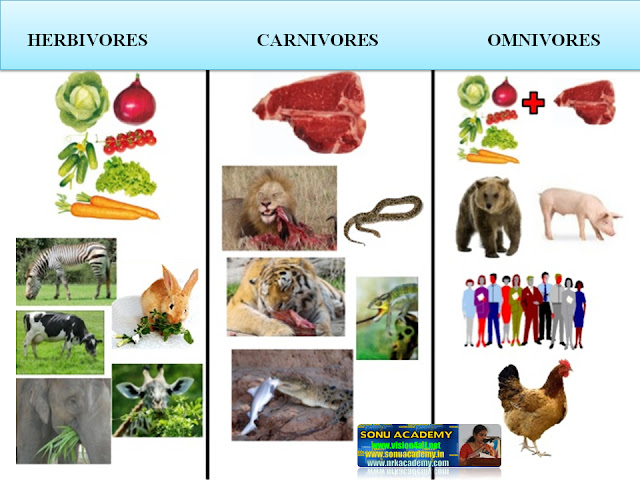 Size and nature of food consumed is different in
different animals. 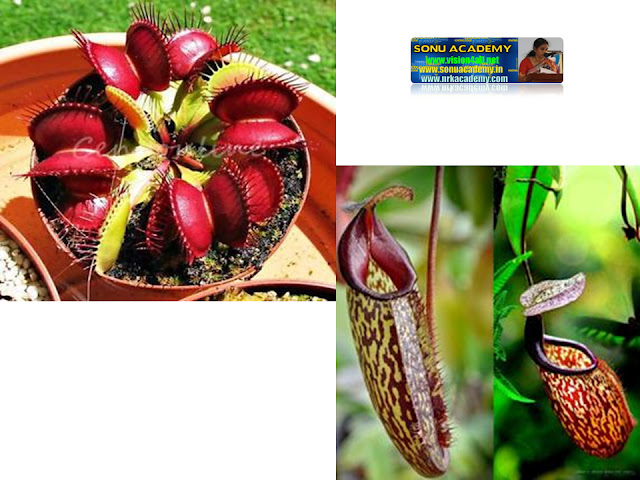 They may consume either small microscopic or large plants or animals or both. Animals consuming plants as food are called herbivores. Those consuming other animals are called carnivores. Those which consume both animals and plants are called omnivores. Interestingly, some plants are also carnivorous especially insectivorous (feed on insects). They supplement their autotrophic nutrition by obtaining nitrogen rich nutrients from the insects. 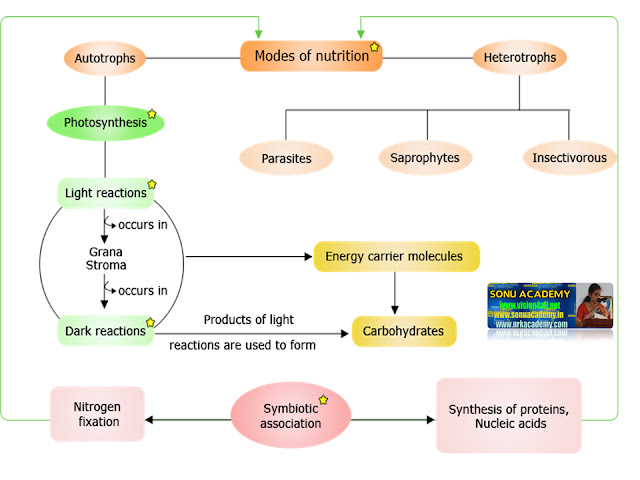 Nepenthes, Dionea (Venus fly trap), Drosera (sun dew plant) and Utricularia ( bladder wort) are some of the examples for this type of plants. All these plants are autotrophic and can live by themselves without feeding on insects. However, their growth is stimulated when they feed on insects.
THANKYOU,
NANDITHA
Posted by AKUNURI NANDITHA at 4:10:00 PM
Email ThisBlogThis!Share to TwitterShare to FacebookShare to Pinterest