Connective tissue helps in binding the other tissues and organs together and provides a frame work and support to various organs in the body. 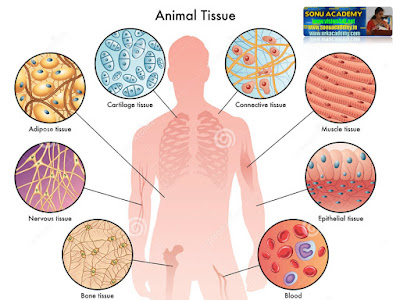 This tissue also plays a major role in the transport of material from one tissue to another. 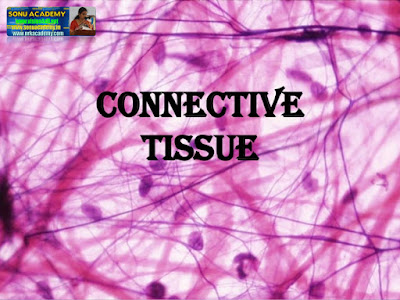 It also helps in the body defense, body repair and in the storage of fat. 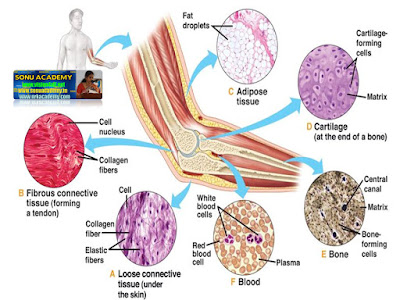 There are different types of connective tissues each performing a different function. 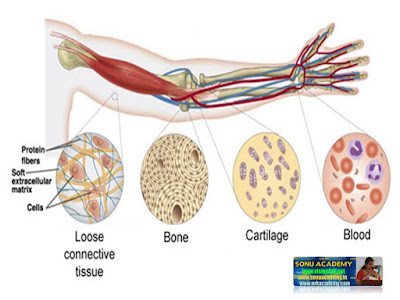 Areolartissue is one type of connective tissue which joins different tissues. It helps in packing these tissues and thus help to keep the organs in pace.
These Cells called fibroblasts are the major components in this type of connective tissue. These cells secrete fibrous material which holds the other tissues in position. These cells also help in repair of the tissues when they are injured. 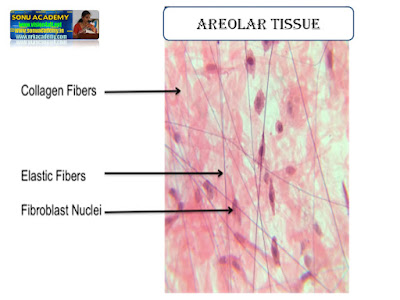 Cartilage is a type of connective tissue found in the joints of bones, tip of ribs, of the nose, external ear and in trachea. Embryos of several vertebrates do not have bone but have cartilage. The entire skeleton of fishes like sharks is made of cartilage. Cartilage is hard but not as hard as bone. 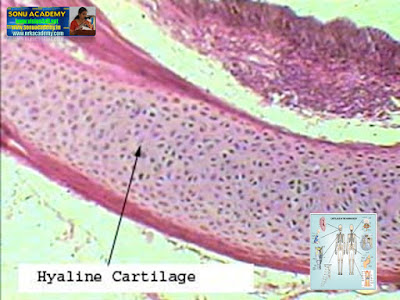 Boneis another type of connective tissue. It is a major component of the skeletal system of  several vertebrates. Bone is made calcium, phosphate and calcium carbonate. 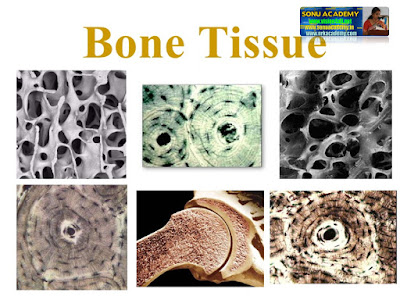 These salts are secreted by cells called osteocytes. These are present in the central hollow portion of the bone called marrow. 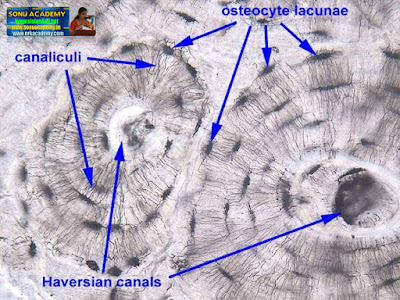 Ligament is yet another types of connective tissue that connects bones at the joints and holds them in position. It is made us. These fibres are made of a protein called collagen. 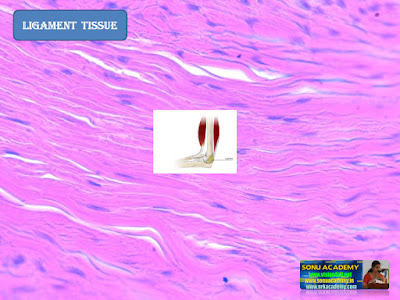 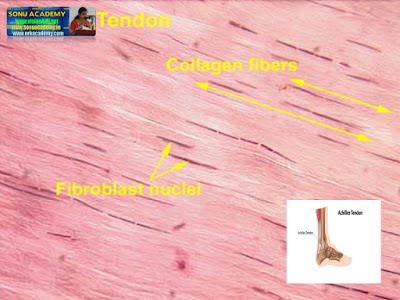 Adipose or fat tissue is a type of connective tissue which store fat. This tissue is present beneath the skin, around the kidneys and in bone marrow. This tissue is made of large numbers of cells called adipocytes or fat cells. 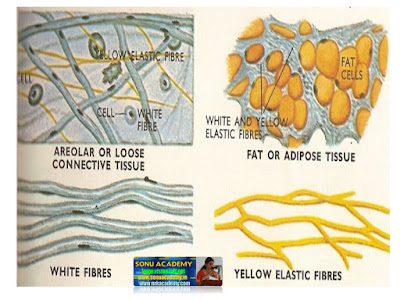 Cytoplasm of these cells is filled with fat is used for the production of energy required by the body during starvation. The layer of fat, especially, below the skin, prevent heat loss from the body. 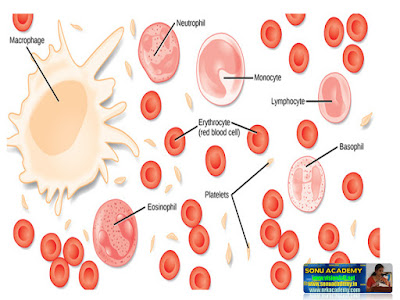 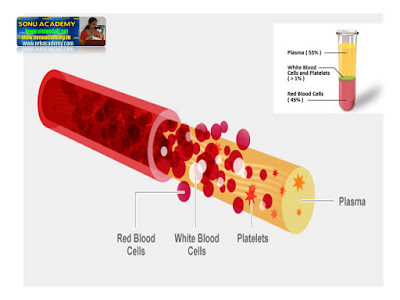 All the cells in the blood float freely in the plasma. Extracellular space is filled with a fluid called plasma. There are no fibres in blood. A normal adult humans being has about 5 liters of blood. Chief component of blood is water.

Besides water, it also has several nutrients such as glucose, amino acids, proteins, vitamins, and hormones etc. required for the body and excretory products such as lactic acid, urea, salts etc. 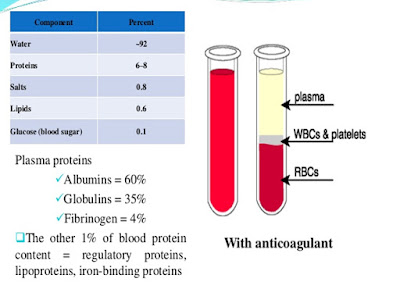 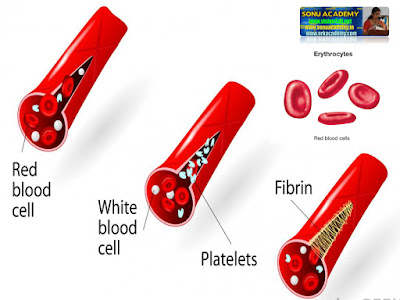 Red blood cells, also known as erythrocytes, are red in color . In mammals, red blood cells do not have mitochondria, nucleus, endoplasmic reticulum, lysosomes and ribosomes. 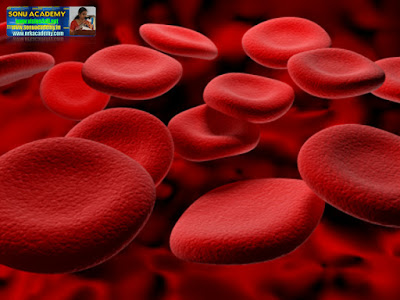 In fishes, amphibians and reptiles, they have a nucleus. These cells are concave on both the sides. 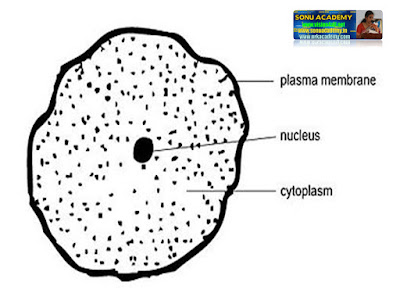 They have red colored protein called hemoglobin, which helps in the transport of oxygen and carbon dioxide .One ml of human blood has about 500 crores of red blood cells. In adults humans, red blood cells are formed in bone marrow and live for 120 days I blood. 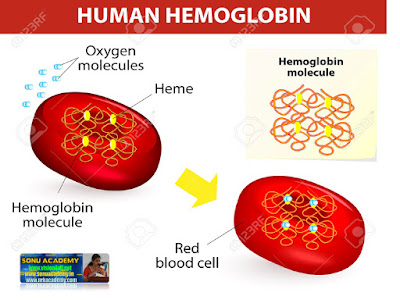 The second type of cell present in blood are white blood cells. These cells do not have hemoglobin, hence they are colorless. These cells are less in number. 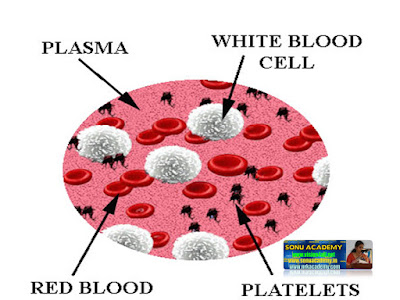 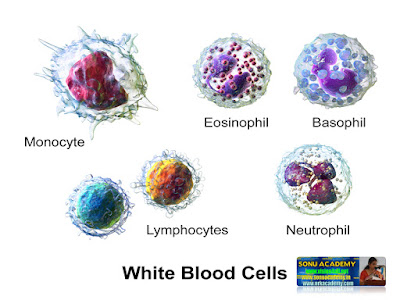 There are three types of granulocytes, neutrophils, basophils and eosinophils. These three kinds of cells attack and destroy the micro organisms that enter the blood . all these types of cells have granules in their cytoplasm. Hence they are called granulocytes. 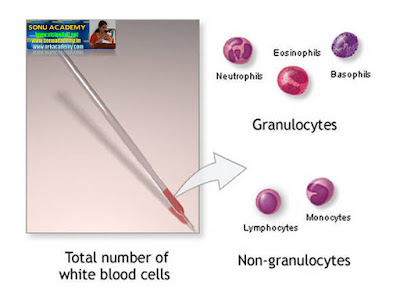 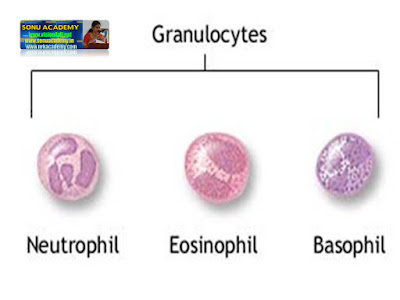 Blood platelets are a separates group of cells which do not have a nucleus. They are disk  like bodies. Whenever a blood vessel is injured, platelets accumulate at the site of injury and help in the formation of a blood clot. 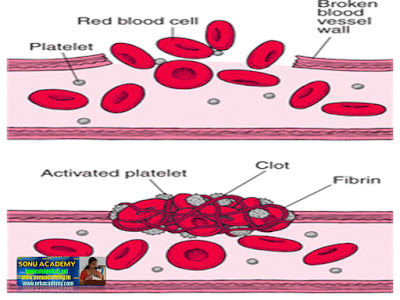 The clot seals the wound in the blood vessel and prevent blood loss. Several chemicals present in the blood required for clot formation.

THANKYOU,
NANDITHA
Posted by AKUNURI NANDITHA at 1:40:00 AM
Email ThisBlogThis!Share to TwitterShare to FacebookShare to Pinterest