Come, let us play a game together. You must be familiar with this game. All the children stand in a circle. 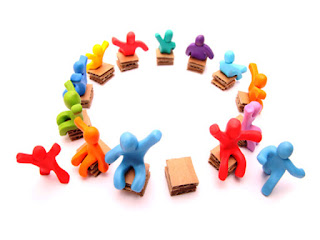 Let one child stand in the centre and play a tune. Everyone must run in a circle as long as the music plays. The child who is playing the music, will suddenly stop it and call out a small number like ‘five’, ‘four’ or ‘two’ loudly. Children have to form groups according to the number called out. 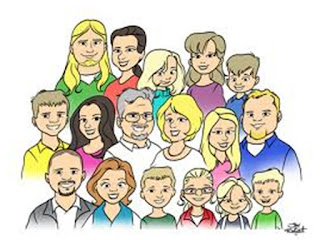 The children who cannot join any group will have to leavethe game. Continue to play this game till only two children are left in the circle. 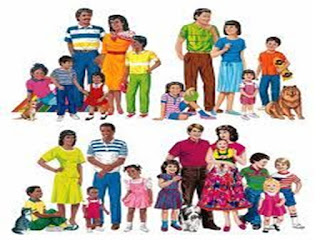 All of us prefer to live with people than to live alone. We always live in groups. Let’s see one such group – Gurleen, Nagarajan and their children Tanya and Samar. 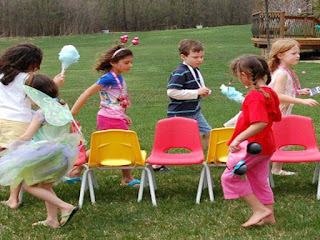 The people in the picture you saw belong to one family. We often see pictures or photographs of such families. Where do we see such a family? Are all families similar to this one ? Let us read about a few families.

Sitamma lives in her ancestral house in a small city Guntoor. Her dada, dadi, younger chacha and bua live on the ground floor. In one portion of the first floor, Sitamma lives with her father, mother and younger sister Gitamma. In the other portion live her tauji and his three children. 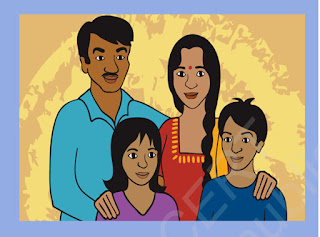 Her taiji died just a few months ago. Her elder chacha and the new chachi live in one of the rooms on the terrace. They are newly married. 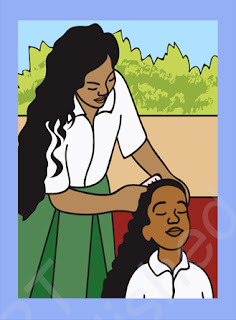 Before dinner, Sitamma’s mother teaches all the children. Food for the whole family is cooked in the same kitchen on the ground floor. They all make special effort to be together at dinner time.

Nowadays, tauji ’s younger daughter sleeps with Sitamma’s mother at night. In the morning Sitamma helps her get ready for school.

Tara lives with her amma and nana in Chennai. Her amma Meenakshi is not married. She has adopted Tara. Meenakshi goes to the office in the morning and returns in the evening. 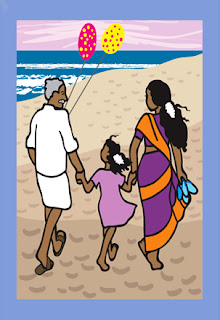 When Tara returns from school, her nana takes care of her. He is the one who feeds her, helps her to do homework and also plays with her.

During vacations, the three of them go to far off places and enjoy themselves. At times, Tara’s mausi, mausa and their children also come to their house. At such times they play together for long hours and also chit chat.

Sara and Habib live in a city. Both are employed. Habib is a clerk in a government office and Sara teaches in a school. Habib’s abbu is retired and lives with them. 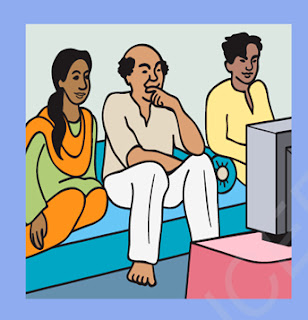 In the evening, the three of them sit together and watch television or play cards. Abbu enjoys watching television with the others. He enjoys the discussion as well. On holidays, the neighbour’s children come to their house and create a lot of fun. Everybody enjoys together. They play games, go out and at times go for plays and movies.

Totaram lives with his father, uncle and cousin brothers in a colony in Mumbai. Totaram and his brothers have come to Mumbai to study. His father and uncle work here. 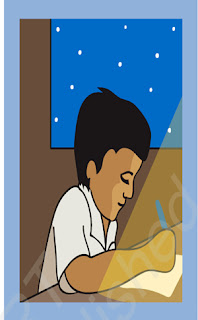 Everybody does the household work together. Food cooked by Totaram’s chacha is liked by everyone.Totaram’s father does the shopping.

A part of the money earned is sent to Totaram’s dada in the village. Totaram’s mother, dada, dadi, chachi and younger brothers and sisters live in their parental house in the village. Once a year, Totaram goes to his village. He misses his mother very much. He writes long letters to her.

Krishna and Kaveri live with their father. In the morning, all the three leave home together. krishna lives kavari at school and goes to college. Their father go to the shop for the day. 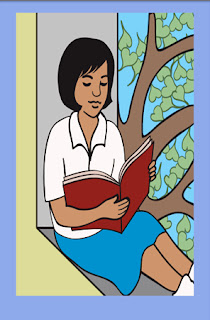 Kaveri returns from school in the afternoon. She unlocks the house
and waits for Krishna. On returning from college,Krishna and kavari eat food together.Kaveri goes out to play after doing her school work.

On returning she either plays carom with her brother or watches television. When father returns home, they cook food and then eat together.

During vacations, Kaveri goes to stay with her mother. Krishna
also stays there for a few days, but he likes to stay in his own
house – all his things and his father are here.

There may be other differences: some couples may marry at a young age and some people find a partner when they are older; some families with children are led by one parent because of death, separation, or divorce; some couples have no children, yet they consider themselves to be a family; some people have one child, while others have many children born to them.

Many families adopt a child or several children.  When we talk about our family, we usually refer to the people who live with us.

All of our relatives, such as cousins, aunts, uncles, and grandparents, are part of our family. Whether they live in a separate place down the block or across town, or even far away from us in another part of Canada or in a foreign land, they are still part of our family.

Not everyone knows all their grandparents  because they are no longer alive. These family members are remembered in stories told about the good times when you were a baby or before you were born.

Nowadays, it is wonderful for families that even those who live far away can both hear and see each other through the use of computer web-cams and other modern communication systems.And all through it shines by God’s love.

Posted by AKUNURI NANDITHA at 1:35:00 PM
Email ThisBlogThis!Share to TwitterShare to FacebookShare to Pinterest